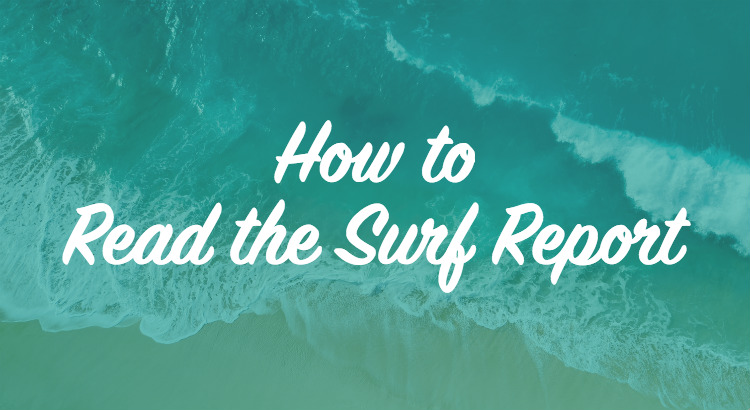 If you’re heading out to the coast for a surf or if you’re going on a specific surfing holiday, you’re going to want to know how to read the surf report.

If you’re unfamiliar with the surf report, it’s basically the weather forecast for the waves. How big the swells are going to be and which direction they’re heading, what time the tides will be changing, what the wind speeds will be like and much more.

You’re going to get a pretty clear of surf conditions for the day when you check out the surf report.

Knowing how to read the surf report is beneficial for two main purposes, fun and safety – you’ll know when to avoid the sea because it’s too rough or the waves are no good and you’ll know where and when you’re going to catch the best waves.

Above is an example of a quick surf report from MSW for Fistral Surf Beach in Newquay.

In this guide we’re going to teach you how to read the surf report, so you know exactly what to look out for when you head to the beach for surf.

We all want to catch good waves, the bigger the better! And as a result, we want to know how big the waves are going to for the day.

The surf report will help to answer this golden question, and it does so by giving us the wave height and swell period.

Wave height is straight forward but what is swell period?

This is the amount of time that it takes a wave to move past a particular point. A key thing to remember here is that the bigger the number, the bigger the speed of the waves; the longer the swell period is, the quicker and more powerful the waves are going to be.

Swell period doesn’t mean higher waves. You can have a 3ft wave with a swell period of 5 or 15 seconds, the waves will still be the same height, but the 15 second wave will have travelled from further so will be more powerful, having more force and speed behind it.

Here’s a table of some quick measurements that you can make when reading the surf report. 1-2ft might not seem like a lot on paper, but a powerful 2ft wave will provide you with plenty of fun. 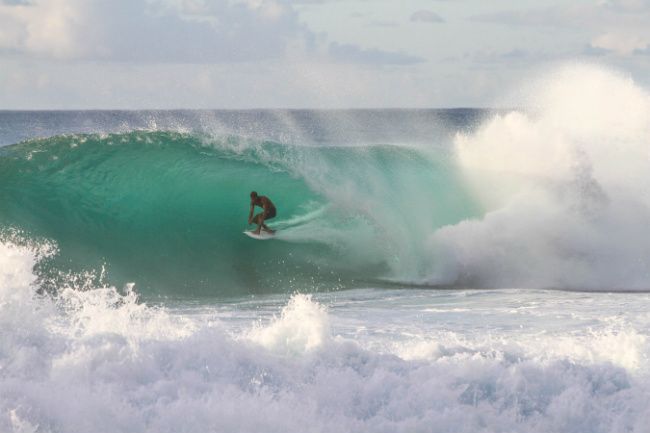 Ground swell and wind swell are the two kinds of swell that are important in surfing. But what’s the difference between the two?

Wind swells are waves that are formed by local winds near the shore blowing over the water, creating a swell. These waves are less powerful and harder to ride than waves caused by ground swells.

Ground swells are caused by winds hitting and pressing on the surface of the water in the middle of the ocean, nowhere near where you’ll surf on the coast. Ground swells carry more energy and force that wind swells, meaning the waves won’t die so quickly, creating better breaking waves – ideal for surfing.

There are two different types of wind conditions that you’ll encounter when surfing. They are on shore and off shore winds.

In an ideal world, you’d be surfing without any wind. This is known as ‘glassy’ conditions – perfect conditions.

Most surf beaches will experience calm, glassy conditions in the early morning and evenings with wind speeds picking up in the afternoons.

On shore winds blow towards the beach, from the ocean on to the shore, hence, on shore winds.

You’ll find that on shore winds make life tricky for surfers as they make the sea’s surface choppy and uneven, so it’s more difficult to surf on.

As well as making the surface hard to surf on, on shore winds hit the swells, making the waves smaller. Once again, not ideal for surfers.

In contrast, off shore winds – you guessed it – come off the shore to the sea. These winds cause the water surface to be smooth and helps the waves to form better, giving that recognisable barrel shape.

If winds get too strong, off shore winds can hinder surfers, forcing them back and if you catch some air, you could be blown backwards.

Strong off shore winds also cause spray and mist off the crest of the wave, this isn’t too much of a problem usually but it can make dropping into a wave tricky at times.

If you know which direction the wind is blowing it, and how strong it is, this will be a huge help when you’re picking your surf spot and will help you know the best time to get out too.

Two high and low each day, the tide plays a part in how the waves break at your chosen surf beach. Waves will act differently depending on the tide in different places. High tide is good in some surf spots, but not in others, wheres as low tide can help waves at other beaches.

It’s an old school method, but a good way to find out about the best tide conditions for a particular beach is to ask a local surfer, surf shop owner or beach life guard.

Because tides are set and controlled by moon activity, they are very easy to predict, but surf reports will tell you the times and depths of the high and low tides on that day.

Tides will be higher on a full moon night and then much lower when they go out. This is called tide range. A new moon will make less of a change when the tide is in or out.

Depending on how waves form at a particular beach, the tide will affect the waves and swell in different ways. As mentioned, the best way to check is to ask a local who is familiar with the beach.

To find out more about how tides impact surfing, check out this article from Surfline.