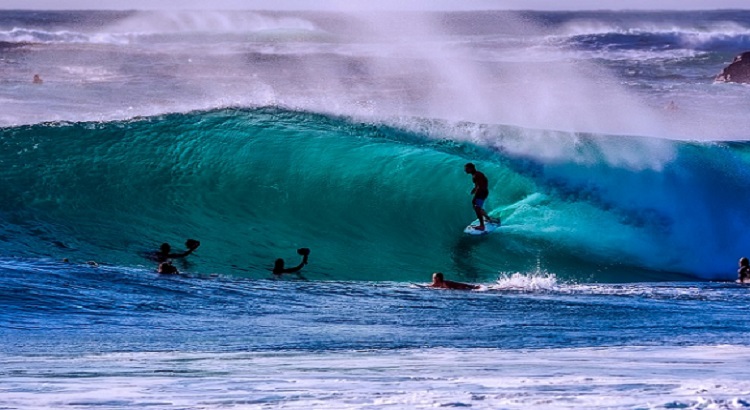 Surfing is part of the Aussie DNA, coming second only to the love of a good barbecue.

And no wonder – Australia is home to some of the most legendary surf spots on the planet, luring in everyone hoping to catch some of those picture-perfect waves.

Whether you’re a seasoned expert or an eager first-timer, with over 66,000 kilometers of coastline across Australia, you’ll find the wave to fall in love with. 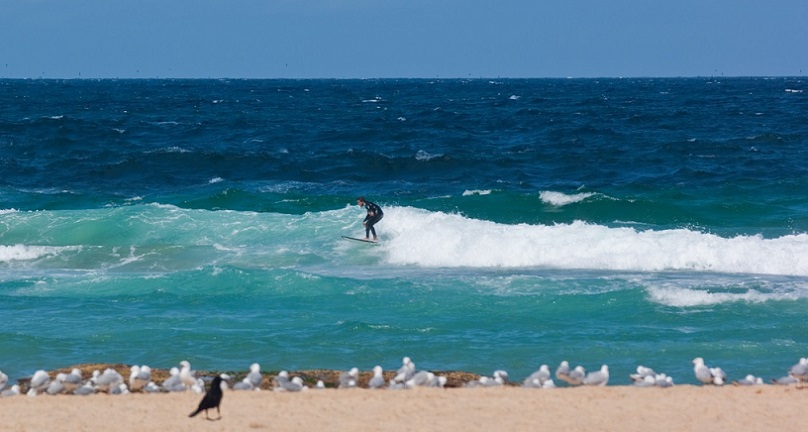 With 100 beaches to choose from, you’re truly spoilt for perfect surf spots, all of them, a stone’s throw away from the city.

North Narrabeen is one of the favourite destinations for the country’s top surfers – with plenty of epic barrel waves to choose from, it’s a popular and reliable spot. Just expect things to get a little busy in the water.

But if you’re hoping to find somewhere a little less crowded, head down to Maroubra – about 10 kilometers south-east of Sydney, this beach has consistently great waves, with breath-taking barrels on the north side for seasoned experts to tackle, and more manageablewaves on the south side.

If you want to soak up a little more of the beach-side ambience, you’d be hard pushed to beat Cronulla Beach. With the longest beach in Sydney and a tight knit surf community, it can get packed at the weekends, but is blissfully quiet during the week.

The beach is a great surf spot all through the year, with all your classic beach favourites – great fish and chips, fresh gelato and plenty of surfing gear on sale from the dozens of surf shops dotted along the way. 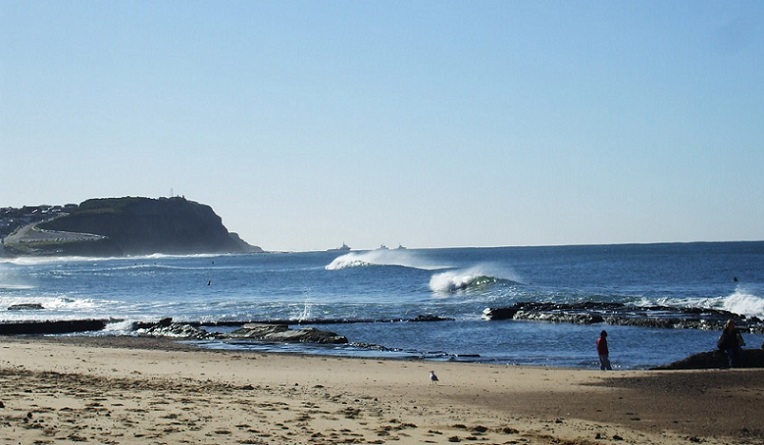 What it lacks in festival naming creativity, it more than makes up for with incredible breaks, and the tantalizing promise of finding the perfect wave. Merewether is one of the country’s designated.

National Surf Reserves, and its unique geography, with rock shelves and reefs, gives the beach consistent waves and great swell all through the year.

Check out the hundreds of top surfers showing off their skills every February as they descend from all around the world, soak up the beach lifestyle, or take a scenic hike from Merewether up the stunning coast to the Glenrock State Conservation Area – with magical waterfalls, mountain bike trails, and a stunning rainforest. 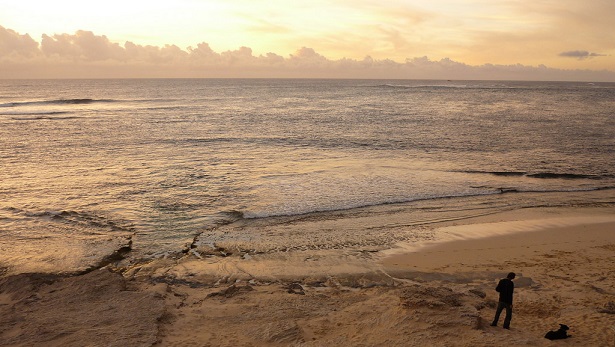 With a tantalizing 100km coastline and 75 surf breaks dotted along the way, Margaret River is a worthy pilgrimage spot for any surf lover visiting Australia.

It also happens to be home to one of the country’s most highly reputed fine wine regions. I’ll leave that there without further comment.

With so many great breaks to choose from, it can get a little overwhelming to choose where to go. So how do you know where to start?

Simple. Start where you are – if you find a good wave, jump right in. While you might want to head up the road for a better spot, you’re going to find it hard to choose just one. You’ll find consistent waves along the coast, with moderate and large waves, ideal for confident intermediate levels onwards.

If you make it down between September to October, you might also get the extra excitement of spotting dolphins and whales – with dolphins swimming in extra close to surfers, no doubt to show their two-legged counterparts how it’s really done.

As well as plenty of surfing, you can also try out all kinds of other adventures, both in the water, and on land. The extensive coastline has plenty of great spots for diving and snorkelling, and if you fancy staying dry for a change, explore the scenic cycling and horse riding trails. 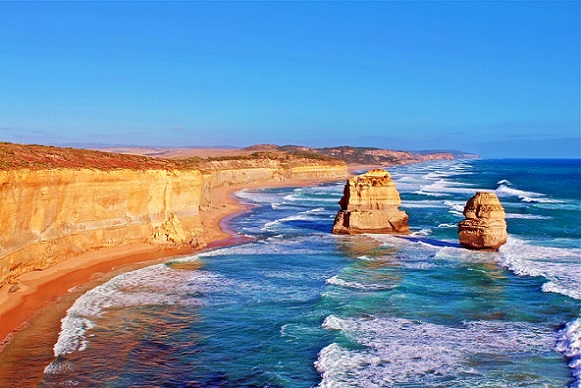 No review of Australia’s best surf spots is complete without a nod to Bells’ Beach, 100km southwest from Melbourne, in Torquay. As the spiritual home of Australian surfing, it’s host to the Rip Curl Pro – the surfing world’s most prestigious competition on the planet, that’s been running since 1961.

What makes it such a draw for the cream of the surfing world?

As well as the gorgeous beach and cool, turquoise waters, those staggering five meter high waves might just have something to do with it.

Bell’s Beach has three key sections: Little Rincon, Outside Bells and The Bowl. Each of them have plenty to challenge even seasoned experts, so come prepared for full power waves that challenge your strength.

Not sure if you can keep up with the pros? There’s plenty of fun waves to enjoy and have fun with for all levels – just keep away from the overhead monster waves if you’re an intrepid intermediate.

If you really fancy mixing things up, it’s well worth checking out Winkipop Beach a short walk away, with plenty of fast, barrelling waves to get your adrenaline pumping. 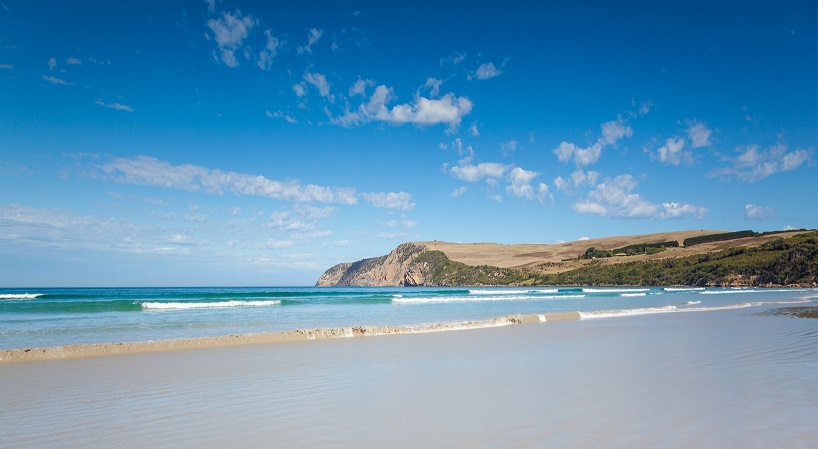 Tasmania’s waves went untapped until relatively recently, but since 2001, the island was put on the map when three pro surfers, Drew Courtney, Mark Matthews and Kieren Perrow hit the headlines with monstrous 15 foot waves off Tasmania’s Shipsterns.

If waves the height of an average-sized giraffe aren’t quite on your wishlist, head to Hobart. Friendly without being too busy, it’s a great place for surfers of all levels – Howrah Beach has plenty of small waves with low swells that are ideal for beginners, while Cloudy Bay,further along, has consistent waves with some great breaks to enjoy.

When you need a break from the surf, this charming beach town has plenty to help you recover – historic pubs along the harbour, top quality local produce, and a whiskey trail through the local distilleries.

If you’ve got a serious adventurous streak, head to Tasmania’s unspoilt South Cape Bay for a real gem in the Australian surfing crown.

You’re unlikely to find a more pristine and unspoilt beach to have all to yourself in the country – you’ve just got to get through 7.7 kilometers through the Tasmanian wilderness first.

It’s well worth carrying your board for two hours though. With an extensive beach that stretches across the horizon, you’ll be greeted with sizable waves and plenty to discover.

And if you need a break from the surf, the raw beauty of the island has plenty to leave you in thrall, with ancient forests, diverse wilderness and some pretty tasty farmers’ markets.

Never touched a board in a your life? Don’t know your barrel from your break?

Fear not. The Aussie passion for surf culture is open to everyone, and first timers will get a warm and friendly welcome from the local surf community. Most popular beaches will have lots of local surf instructors ready to help.

While many of the country’s top spots are more suited to experienced surfers, there are some sweet spots around the country’s coastline that are ideal for those picking up a board for the first time. 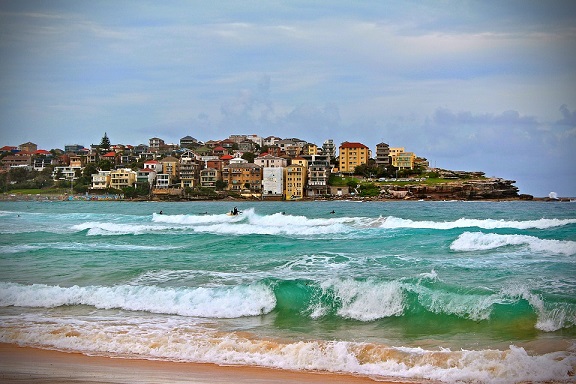 Even your gran’s heard of Bondi Beach – that’s a testament to how truly iconic it is. Bondi Beach is undoubtedly one of the most well known surf spots in Australia, but don’t let that put you off if you’re a newbie.

The popularity of Bondi Beach means there are plenty of brilliant surf schools along the beach, where you can learn the basics under the watchful eye of an instructor, get to grips with basic surfing etiquette – like when to get out of a fellow surfer’s way – and if you’re feeling a little more confident, hire your own board.

Bondi can get pretty busy – especially at the weekends – but being ashort ride away from Sydney, it’s easy to get to on quieter weekdays, if you’re staying in the city.

When you’re done surfing for the day, head to the bar at Bondi Icebergs – one the country’s oldest swimming clubs, and the perfectplace for a beer and a stunning sunset view.

If you’re in New South Wales, head northeast to Newcastle Harbour, for one of the region’s most perfect beach spots.

Nobby’s Beach is a relaxed, uncrowded beach, an easy walk up fromthe area’s hotels and bars, ideal for families, swimmers, and surfers of all abilities.

Beginners and intermediate surfers can get some expert guidance from one of the local surf schools – and with minimal rocks to look out for and plenty of moderate waves, this is a great place to get a taste of surfing and have fun.

With soft, velvety sand dotted with ocean pools, Nobby’s Beach is a pretty little slice of heaven – just watch out for the jellyfish.