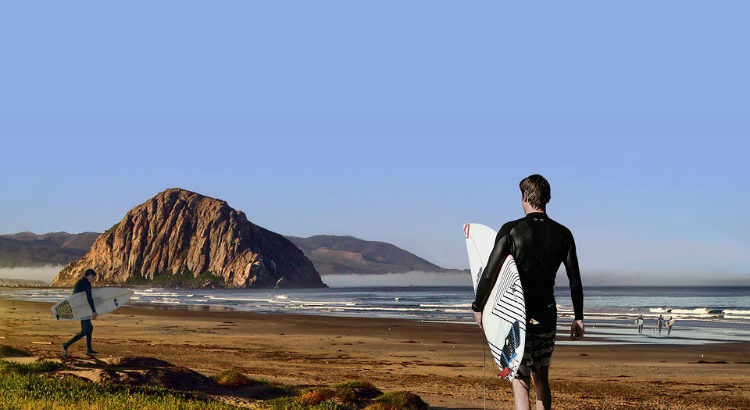 The Beach Boys nailed the iconic surfer persona in their 60s classic “Surfin’ USA” – summing up the perfect blend of mellow sunshine, beach blonde hair and an idyllic summer of endless waves.

But while the hit song name-dropped some of the best surf spots in their home state of California, you’ll find some legendary locations for gnarly waves all across the US.

From sun soaked California and the tropical paradise of Hawaii, to hidden gems hidden in the rockier reaches of the eastern states, the US is a real surfer’s paradise.

So start waxing down your surfboards and plan the perfect surf safari, with the lowdown on the top picks across the USA. 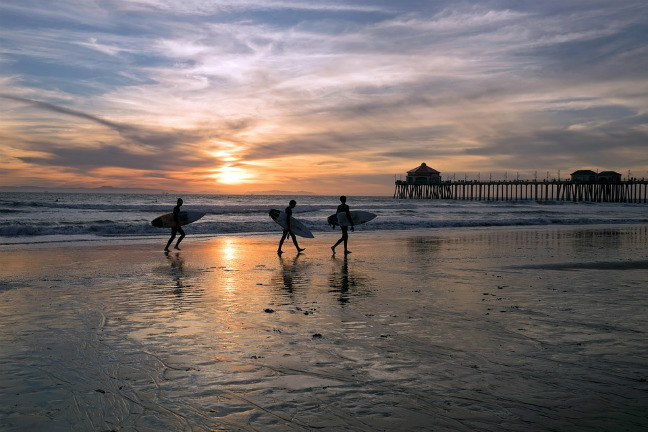 Any review of the best surf spots in the US has to start with the Mecca of surfing – the golden state of California.

Surfing is the official state sport, and it’s not hard to guess why, with a virtually endless choice of waves along the coast, all year round. The state is home to some of the most iconic breaks in the world, with dramatic swells and some of the most powerful (and sometimes lethal) barrel waves ever to grace the ocean.

But while the Californian surfing scene has plenty of world famous beaches, you’ll also find the chance to escape the crowds at some of the lesser-known treasures. 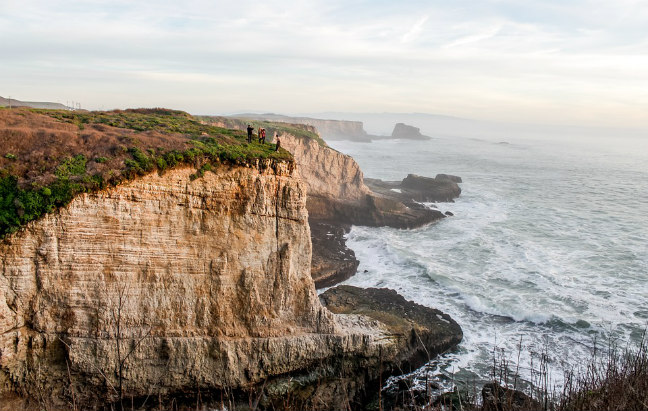 Quick history lesson – at the end of the 19th century, three teenage Hawaiian princes (nailed the surfer persona there in a nutshell) made their way down to Santa Cruz at the mouth of the San Lorenzo River, to cool off with the traditional art of he’e nalu, or “wave sliding”.

Once reserved for the Hawaiian elite, the ancient art was a practice of skill and mastery of the wild ocean waves. When Americans saw these impressive demonstrations, it soon caught on – and surf culture was born.

While California has plenty of epic surf spots, Santa Cruz still remains one of its finest. Temperatures might be a little cooler than elsewhere, but the locals here live and breathe the surf, and the close-knit, home grown community make this small town the soul of cold-water surfing.

The coastline boasts vibrant swell coming in from nearly all directions, with plenty of waves all through the year. Steamer Lane is probably its most famous point, and another nugget of surf history, as the birthplace of the modern wet suit. You’ll find consistent, and often world-class waves here, especially down in the winter months. 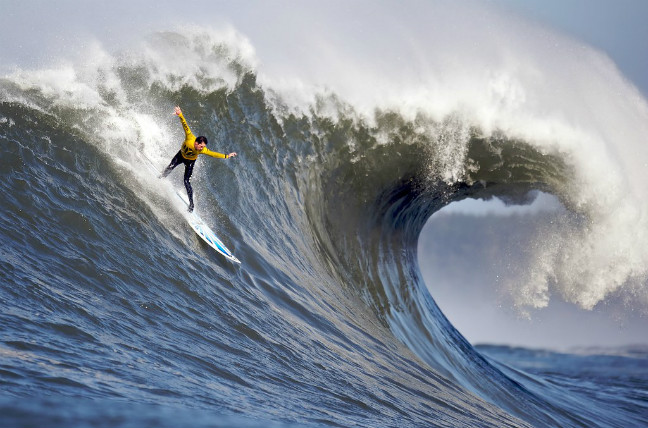 Just off the coast of Pillar Point, winters here see the coastline boiling with waves routinely topping the 8 metre mark, and climbing to a steep 18 metres at times. Home to an occasional surf competition for the sport’s elite (it’s invite only), Mavericks draws the cream of the big-wave-riding crop from all over the world. 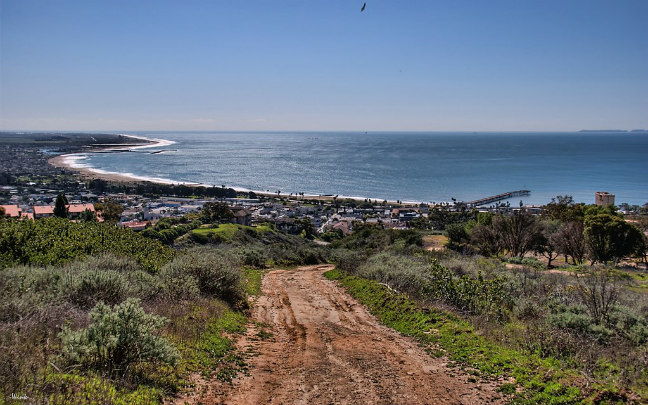 The Beach Boys put Ventura on the map in their run down of California’s best surf spots with Rincon and the southern Californian town exudes laidback summer spirit all year round.

Rincon Beach, home to the world famous Rincon Classic competition, isn’t nicknamed “Queen of the California Coast” for nothing. It’s home to three of the best surf spots in the US with a south facing point that deliver beautiful swells.

Rincon is easy to get to and highly accessible – being just a short walk from nearby parking. The downside of that is that the area gets pretty crowded, but luckily, with three good sections and a pretty long, decent wave, there’s enough space for a good session.

For less experienced or beginner surfers who still want to soak up California’s surf spirit, head north of Ventura to Mondo’s Beach. With gentler waves and a long, easy ride, this is the perfect place to learn or polish up your skills with a local surf instructor.

And if you need a fancy a break from your surfboard, try a speedy adventure on one of the local jet skis instead. 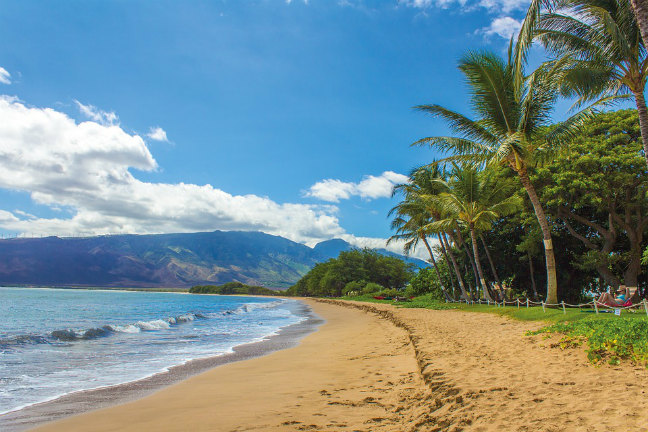 Cali might be the Golden State, but Hawaii is the true birthplace of surfing – and if you’re hunting the best surf spots in the US, then you’re not going to be left disappointed by the sport’s spiritual home.

Hawaii’s been known to offer up some of the best waves on the planet – and also some of the gnarliest too. While the waves on some of the beaches around Hawaii occasionally reach mythical proportions (120 foot waves, anyone?) there are plenty of beautiful surf spots perfect for us ordinary mortals too.

With eight main islands and scores of beaches across the Hawaiian chain, there’s never a shortage of waves, and with a deliciously warm, tropical climate through the year, there’s rarely a day without surf. But if you’re planning a surf trip to Hawaii, grab a map first and highlight the top spots to visit. 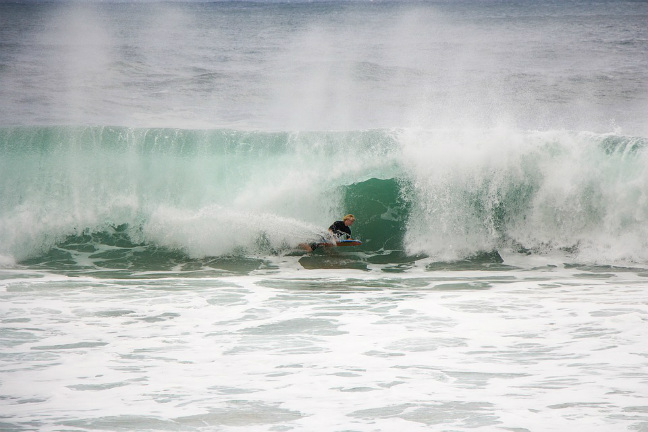 Oahu’s North Shore is one of the most famous surfing locations in the world – all those heart-stopping shots of pristine barrels and skyscraper waves you see in every surf magazine on the planet? They were most likely taken here.

While you’re probably going to be hard pressed to find somewhere without any decent breaks, Oahu is filled with some extra-special breaks, that are well worth visiting to get a taste of Hawaiian surfing.

Waikiki is Oahu’s most popular, and busiest surfing destination, but don’t let the crowds put you off this fun and friendly spot. There are plenty of instructors around to help newbies, and generously sizeable waves for the experienced. 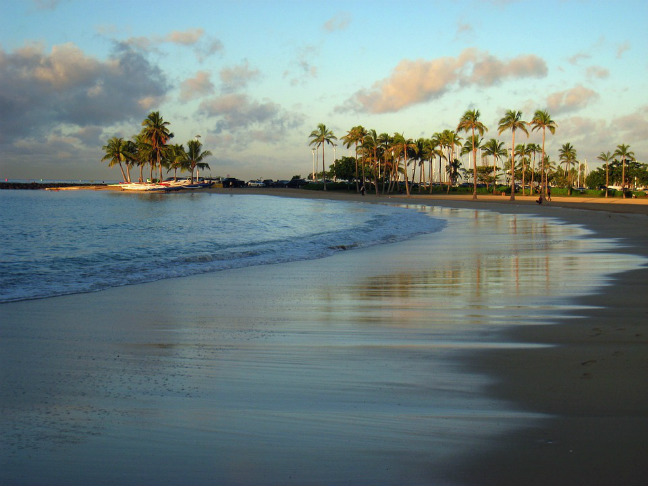 For something a little more challenging, head to Waimea Bay.

Waimea Bay needs a strong dose of courage before you can even step out on the beach. Oahu’s most iconic, and admittedly, terrifying, waves, are found in this legendary location, where the break is often notoriously savage, with a high likelihood of an epic wipeout or ten.

But for experts ready to take on this incredible deepwater challenge, there’s nothing quite on the earth like it. And if you decide to stay on dry land, take the opportunity to watch and learn from the locals surfing Waimea, who’ll probably teach you more in an hour than you could ever learn in a lifetime.

When the waves at Oahu do fall a little flat, swap your surfboard for a snorkel and head for a swim. The crystal clear waters have plenty to discover around this underwater wonderland.

Speed freaks, grab your kit and jump on the freight train.

This is one of those surf spots that might not be for everyone, but if you’re hankering for a serious taste of the ocean’s relentless energy, here’s where you’ll find it – all 90 mph of it.

What the waves here might lack in height, compared to some of their taller neighbours around the islands, they more than make up for, in sheer, white-knuckle speed. Ma’alaea Bay, known as the “freight train”, is renowned for some of the fastest waves in the world, with intense barrels battering the coastline on the daily.

Only for the skilled and confident, Ma’alaea will leave you with the most intense and memorable ride of your life. 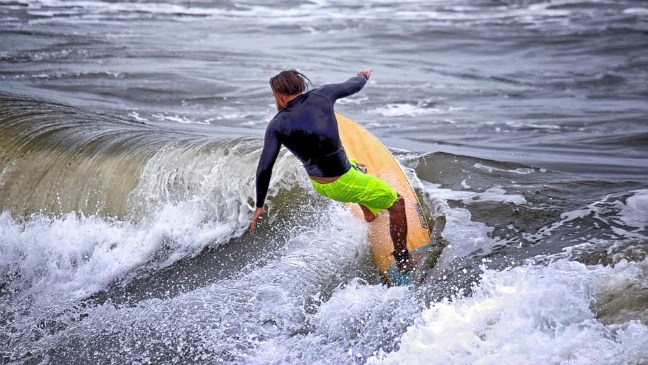 For keen surfers on the East Coast, make a bee line to North Carolina. Hope of the Appalchian Mountains, this beautiful southeastern state opens up to refreshing beaches on the Atlantic Coast, with an equally soulful, yet very different vibe to the surfing scene on the other side of the country.

The Outer Banks are one of North Carolina’s most famed destinations, with a rich network of surfing communities across the spits and barrier islands along the coastline – with Cape Hatteras, Kill Devil Hills and Ocracoke as three of the top magnets for surfers in the area.

Home to the annual Wave Riding Vehicles Outer Banks Contest at Jeanette’s Pier at the end of the summer, the region draws spectators and keen competitors down for a slice of the action – and is the perfect place to get a good feel for the Easy Coast surf style.

While summers can sometimes fall a little flat on the wave front here, during the autumn to spring months you’ll find some of the best surfing on the East Coast. With a rich history of watersports and adventure across the state, you’ll never be left without a moment of wonder here. 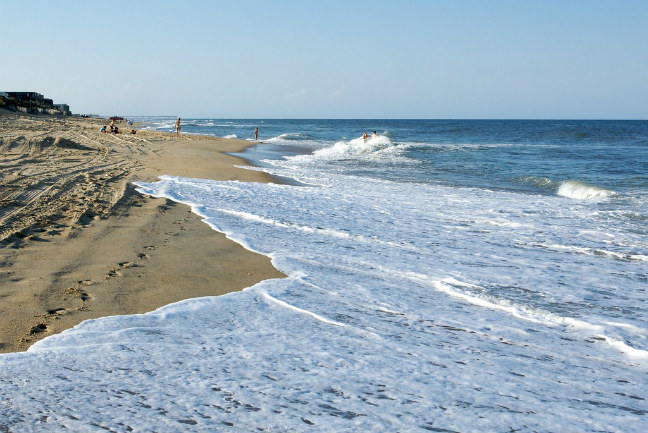 There are few surf towns across the US that have quite the same atmosphere of Kill Devil Hills – home to the Wright Brothers’ history-making flight in 1903, the small beach town is isolated, quiet and carries remnants of the religious lifestyle that gives the town its name.

But while it can be quiet inland, the swell draws in serious crowds, making it one of the most exceptional surf spots in the US.

Avalon Pier draws the bulk of visitors, due to the reliable and decent-sized breaks to be found here, while bodyboarders favour First Street. With a pretty dependable level of break, this is the spot where everyone wants to be seen.

The one thing you need to watch out for when surfing in North Carolina is hurricanes. While hurricane season tends to kick off around June, they can strike any time across the summer or early autumn months – unless you’ve got the nerve to paddle out into a storm, keep an eye on local reports and enjoy the local hospitality instead.